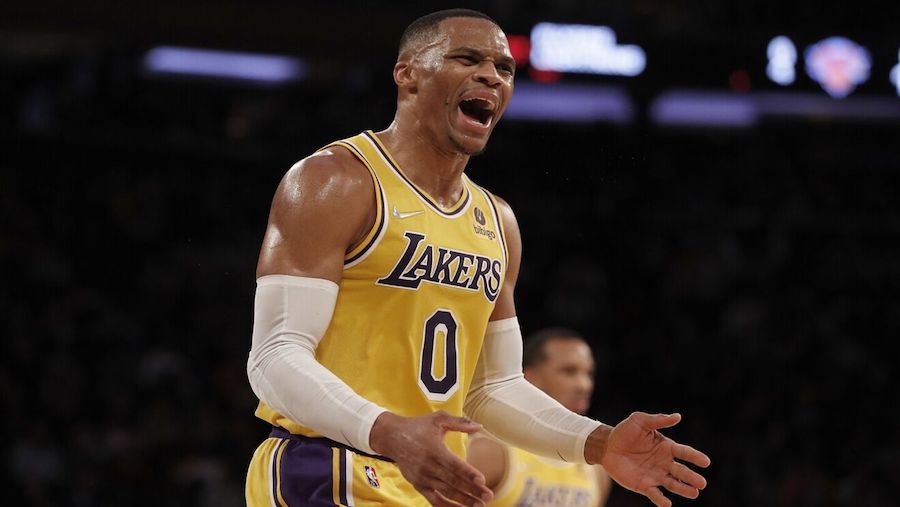 The Boxscore Geeks Show: Is Russell Westbrook worth $20 Million?

I bring Chris on to debate a point he made with Tim Taylor (the other one!) - namely, Westbrook could easily improve his value if he stopped chucking so much. I retort that Westbrook is trying to maximize his value via the "20-point wall." However, Chris argues Westbrook has no shot of another big deal. We'll see who's right, and for fun, we'll have a poll for the next show:

. @Chrisyeh and @NerdNumbers had a debate on our last podcast. Who's right?

Russell Westbrook's next contract he gets:

I also note that Chris has been good at Lakers predictions in the past, for instance, the Lakers that won in 2020.

We also reiterate that the Anthony Davis trade was 100% worth it. We also explain how the NBA and other teams basically worked against the LeBron-era Lakers. We also get a fun nickname for the Lakers -- the vampires of the NBA. Chris also breaks down behind-the-scenes of the Lakers and gives some insight as to why various front offices act as they do.

Chris notes how amazing Austin Reaves' shooting has been and how he is a bright spot on the Lakers scouting squad.