Will the Warriors Underwhelm next season?

I intend to join an honored tradition in the Wages of Wins Group. I'm going to make a bold prediction about the Warriors that can look very silly. Jeremy Britton is a legend for both thinking the Warriors could be a contender (before they were) and then thinking they looked pedestrian, the very season before they took off. Brian Foster said the current Warriors core was unlikely to win another title when Curry was injured and Raptors, Rockets, and Celtics were taking off. Whoops. So here goes. I think the Warriors might be on the decline and people might be too high on them next season." 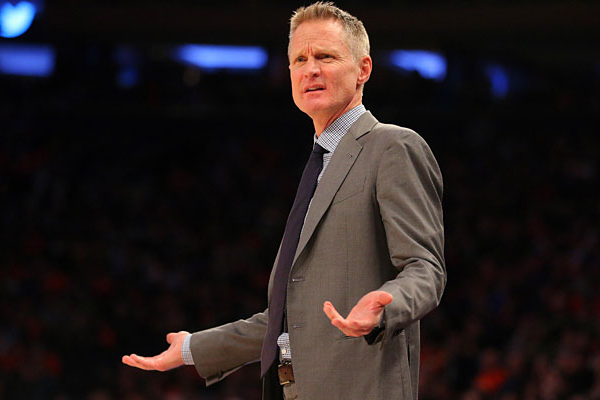 Let's be clear here. I think the Warriors are, rightly, the best bet to win the NBA Finals next year. But after DeMarcus Cousins agreed to sign with the Warriors, I saw many reacting as if the NBA was somehow broken, and if there was no point to even play the 2018-2019 season. And that to me seems weird. I think the Warriors are a very good team on paper, but they have more than a few cracks that could make this season far more underwhelming than people expect.

Also, this is not a surprise. Consider that Kevin Durant joined a 73 win squad, in what was a pure upgrade - Kevin Durant and Zaza Pachulia over Harrison Barnes and Andrew Bogut. And indeed, the next season the Warriors were a better team than the year before. They steamrolled the NBA playoffs. and won a title. But it didn't even take a season before they weren't even the top seed in their own conference (and were in fact third in the NBA). They were down 3-2 in the playoffs, and, arguably, lucked into a favorable draw in the Finals. To clarify, the most broken free-agent move in NBA history took one season before it atrophied. Remember LeBron James' "not 6, not 7", quote when three of the top free agents joined a squad together? It lasted four seasons, and only had the best record in the NBA one of those seasons. In short, to be the best team in the NBA requires a lot of talent and things going right. And in regards to the Warriors, there are just a lot of things that can go wrong. Let's review.

Age of the support 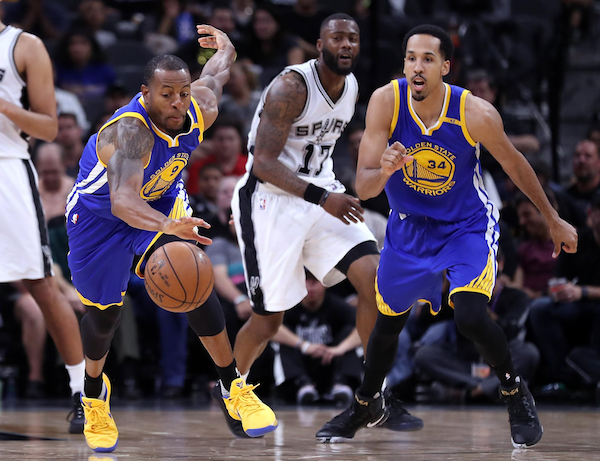 One of my favorite players in NBA history is Andre Iguodala. In his five seasons with the Warriors, he's produced 45 wins! He was Finals MVP of their first title (a take, we, oddly, agree with) We even think he was their third best player in the playoffs this year. He will turn 35 next year! He has seen a decline in playing time and production over the years. It's possible Iguodala keeps up his stellar production, but it's a very real concern.

Shaun Livingston is still on the squad. Initially, he was a great support to the Warriors. His production has declined rapidly in the past two seasons.

The Warriors also have Jacob Evans, Damian Jones, and Quinn Cook. These are three young players that have yet to look productive in the NBA. We're also trepidatious of such players.

Of course, this is just the support staff. With a core of Curry, Klay, Durant, Draymond, and Cousins though, does that matter? Well, maybe. Onto the next point.

Draymond and Klay are in contract years 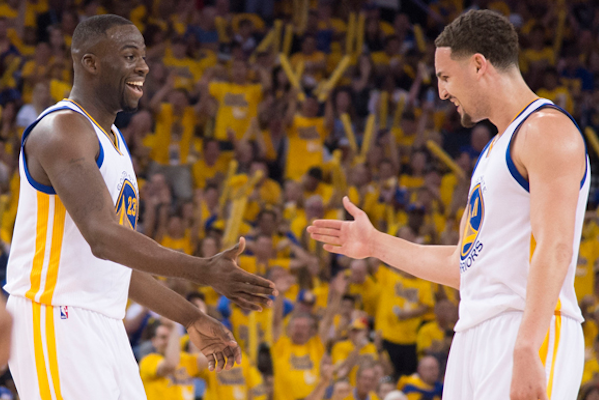 Part of the Warriors success with Kevin Durant's contract was the selflessness of their players. Draymond and Klay both took favorable contract terms to help whoo a star. Kevin Durant took pay cuts to help sign ... Nick Young and DeMarcus Cousins. And, this sacrifice paid off. The Warriors are the best team in the modern NBA. That said, it's almost time for Draymond and Klay to get paid. Given that the Warriors are now the third highest valued team in the NBA, it's unlikely Klay and Draymond will feel that altruistic this offseason. And this could definitely impact team cohesion.

Klay Thompson is arguably the second-best three-point scorer in NBA history, behind ... Steph Curry. On the Warriors he's not the primary scoring threat, he places in third in attempts per game behind Kevin Durant and Steph Curry (rightfully so). Going into a contract year, who knows if he'll want to shoot more. Players are, of course, willing to sacrifice in the name of winning. But with three titles already, Klay's incentives might have changed.

The same is definitely true of Draymond Green. He was one of the biggest proponents of signing Kevin Durant. But he's also clashed with coaching before. And, in fact, his production on the Warriors has actually been very volatile. He's been the best power forward in the NBA, and also just a very good player. We don't know which Draymond will show up this season, especially with possibly contentious contract situations.

This area is, honestly, a big black box. It's an off the court issue that we have no idea how it will play out. But, it's definitely a possible area for concern this season. It might very well be nothing. It might cause the team to implode midseason. This article is all over the place, isn't it? Moving on! 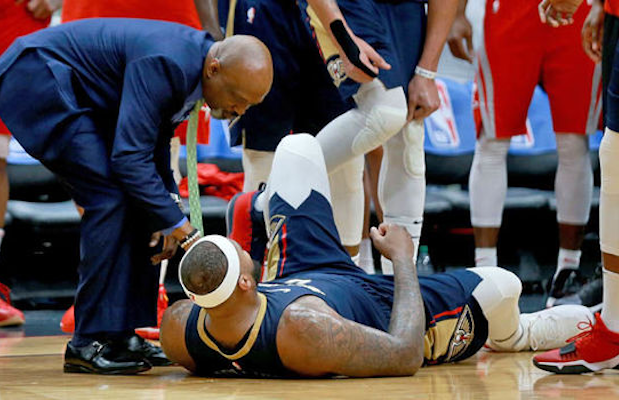 One of the weirdest parts about DeMarcus Cousins' signing with the Warriors to me was the belief it was such a killer move. We have definitely smashed DeMarcus Cousins in the past. Of course, our argument has been he's overpaid and overrated. He'll be signing for the mid-level exception. If he's close to his production from the past three seasons, that's definitely a steal. Of course, he's coming off a major injury. He won't even start the season. We have no idea how good Cousins will be. And as the Warriors have let several of their other productive bigs go to get Cousins, if he doesn't show up, that could be a problem.

Steph Curry is also a cause for worry. From 2014-2016 when he won back to back MVPs (including the only unanimous one in NBA history), he was a killer player. In 2016 Curry was injured in the NBA playoffs, and that definitely contributed to the Cavaliers upsetting them in the Finals. Since then Curry has been a great NBA player, but not even close to his peak levels. Last season he missed over 30 games and didn't look amazing in the playoffs. How healthy Curry is will definitely contribute to how dominant this squad will be.

Durant is in a similar boat. He's missed over ten games the past two seasons and wasn't at peak levels this season. If he bounces back next season, the Warriors are scary, if he meanders? That could hurt.

Three of the Warriors probable playoff starters have some lingering injury concerns of various concern. Now, it's possible they've all healed up well in the offseason and this is a moot point. But injuries to star players always worry me, and it's hard to know where the Warriors stand. 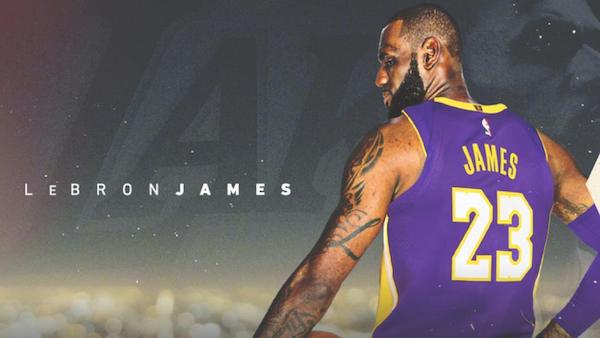 First, it's entirely possible between returning stars in Boston, standard aging in Philadelphia, or Kawhi in Toronto, that the East produces a worthy opponent for the first time in a few seasons. But let's just focus on the West.

This offseason the Lakers landed LeBron. The Dallas Mavericks landed DeAndre Jordan. The Denver Nuggets kept Nikola Jokic and Will Barton while shedding Darrell Arthur and Wilson Chandler, the Thunder let Melo walk and picked up Nerlens Noel, and the Spurs picked up Jakob Poeltl and DeMar DeRozan. I know the last one sounds bad, but honestly, two productive players on the floor are better than a star on the bench the whole season, kinda. Why does this matter? The Warriors had a record of 15-5 against those teams last season! A harder west could make their seeding that much rougher. I didn't mention the Utah Jazz or Portland Trail Blazers, who mostly stayed "in place", but it's worth noting the Warriors were 2-6 against them last season.

And while I don't think the Warriors should ever be considered the underdog in the playoffs, a harder playoff schedule can add a few games, which can make the difference. In 2017 the Warriors only played 12 games before reaching the NBA Finals. Last season, they only played 10 games before facing Houston (the real NBA Finals). In 2016 they had played 17 games by the time they reached the NBA Finals and were definitely more worn down. It's not like any one of the teams I listed alone should be considered a legitimate threat to the Warriors. But if they combined cost the Warriors a few regular season games and extend their playoff run? Well, the Warriors Finals hope probably diminish a bit. 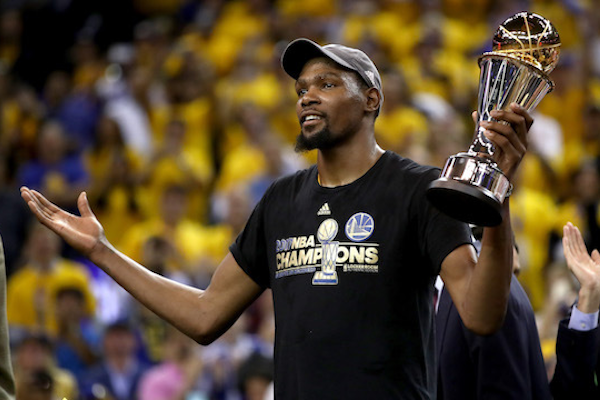 This section is obligatory! Let's kind of lightning round two obvious points that make me look silly (that weren't already directly addressed above)

That's four players right there that make a really scaring looking squad. Candidly the Warriors could steamroll this season, and easily add my name to Jeremy and Brian's. It's a risk I'm willing to take.

Let's take a note from NBA history. In 1998 the Bulls were on their last leg. Michael Jordan, Scottie Pippen, and Dennis Rodman were all older. Multiple players were on contract years. Dennis Rodman had off the court issues. MJ and Steve Kerr had fought in the past. The NBA had put the three-point line back to its old spot. That team had lots of obvious cracks, and being trepidatious preseason would have made a lot of sense. They finished tied for the league's best record and won the title (admittedly the last two playoff series were nailbiters). In short, nothing says the Warriors won't win a threepeat in easy fashion this season. I just think there are lots of things that could derail that outcome, and won't be surprised if they happen.