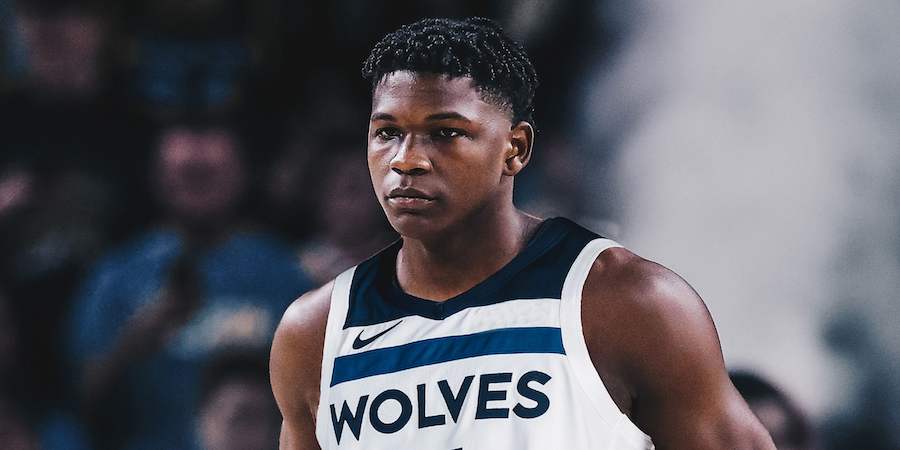 We're Back! And Anthony Edwards is bad!

So, wow, huh? The world is a wild place, and if you're reading this in the future when things have calmed down (thanks for reading old articles whoever you are in 2022+!), just a recap - the United States is still in the midst of a pandemic, we had a tumultuous election, followed by a, as of this writing, failed coup, and the NBA, after an amazing example of how to handle the pandemic, decided to plow headfirst into a new season during all of that.

In a normal year, we get some downtime between the NBA playoffs and a new season. This year, we got around two months, and the NBA started in the middle of Christmas time, which I hope all of our US readers spent at home distancing. So we thank you for your patience as the site has been dark since ... September in terms of content! For loyal podcast listeners, we did release two shows since then with the amazing Chris Yeh. So, you know, subscribe to the podcast (The Boxscore Geeks Show, found most places podcasts are hosted, e.g. iTunes -- https://podcasts.apple.com/us/podcast/the-boxscore-geeks-show/id768046055).

There's honestly a lot to be cynical and jaded about, especially as the NBA is starting to postpone games -- I'm willfully trying to ignore and leave out the real world as I type this. However, we do know sports is a release for many of us, and for the truly geeky, the numbers are an extra layer. We were touched by those that politely asked if we would be getting numbers up this season. The real world did delay us, but a few weekends of hard work by Patrick and myself and numbers are live. I may have intentionally waited until the Nuggets were 0.500 and Jokic topped the Wins Produced list to do so. Thanks Brooklyn for immediately dashing that.

A few funny notes. Despite our limited podcasting, Brian wisely noted the absurdity of Anthony Edwards being a top draft prospect. The reality is that a top NBA player should really dominate all levels of basketball competition before the NBA. And Anthony Edwards was a shooting guard that couldn't shoot in college, which, reminder, has a shortened three-point line! His shooting woes remain an issue in the NBA. As of this writing, Anthony Edwards is the worst total Wins Producer in the NBA -- you can sort the players' page descending to find him quicker. We'll see if he keeps it up. To be fair, James Wiseman, a player we liked much more than Anthony Edwards is also playing poorly. As we've harped on for years, it's generally not good to expect young players to be productive.

A fun competition we have going on is the Curry Brothers. Reminder, you can use the Comparison Engine to compare players, like Steph Curry, Seth Curry, and honorary Curry Brother Damion Lee.

We'll stay optimistic -- and honestly jadedly realistic -- that the NBA will finish this season in one way or another, and we'll be here with numbers and more regular content. I know Patrick plans to chime in with more soon as well. Thanks so much for your patience, and have a good NBA season!