The Boxscore Geeks Show: Warriors come out to play!

As I mention, I will be moving my hosting to the NerdNumbers show to start next year. I was lucky enough to have a "preseason" show with E.J. Fischer recently.

On Banning and Entitlement

I've said this before; I'll say it again I'm sure. Commenting on a blog is a privilege, not a right. You are not "banned" if your comment doesn't get through. A content provider gets to decide what they want on their site. I do get annoyed at the entitlement people have on the internet in regards to work that is not their own.

An amazing piece from Kevin Draper on Adrian Wojnarowski.

Seriously, there are lots of issues with sports reporting. Kevin does a great job breaking down many of the sketch things Wojnarowski does, including giving preferential treatment to cooperative sources, false speculation, and aggressive tactics.

I have not watched the West Wing. Tune in to also hear me confuse Charlie and Martin Sheen!

We talk a ton of Warriors stats. Here are some stat cheat sheets:

We tend to think defense is a team activity. It requires a mentality (maybe coaching) and multiple players that can play defense well.

The Warriors could be explained with "old school" boxscores. They score really well, and they keep their opponents from scoring well! 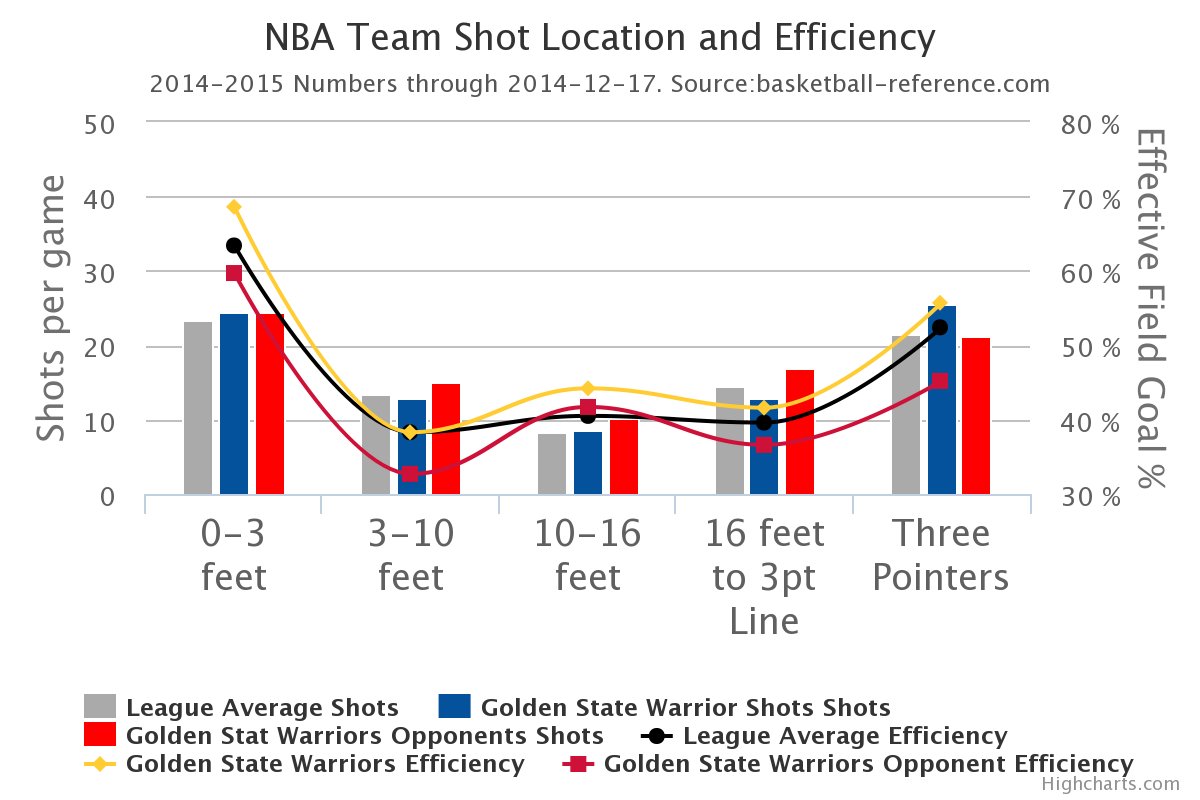 If we examine the Warriors as a team, sans Green, Speights, and Livingston, the Warriors shooting looks amazing. 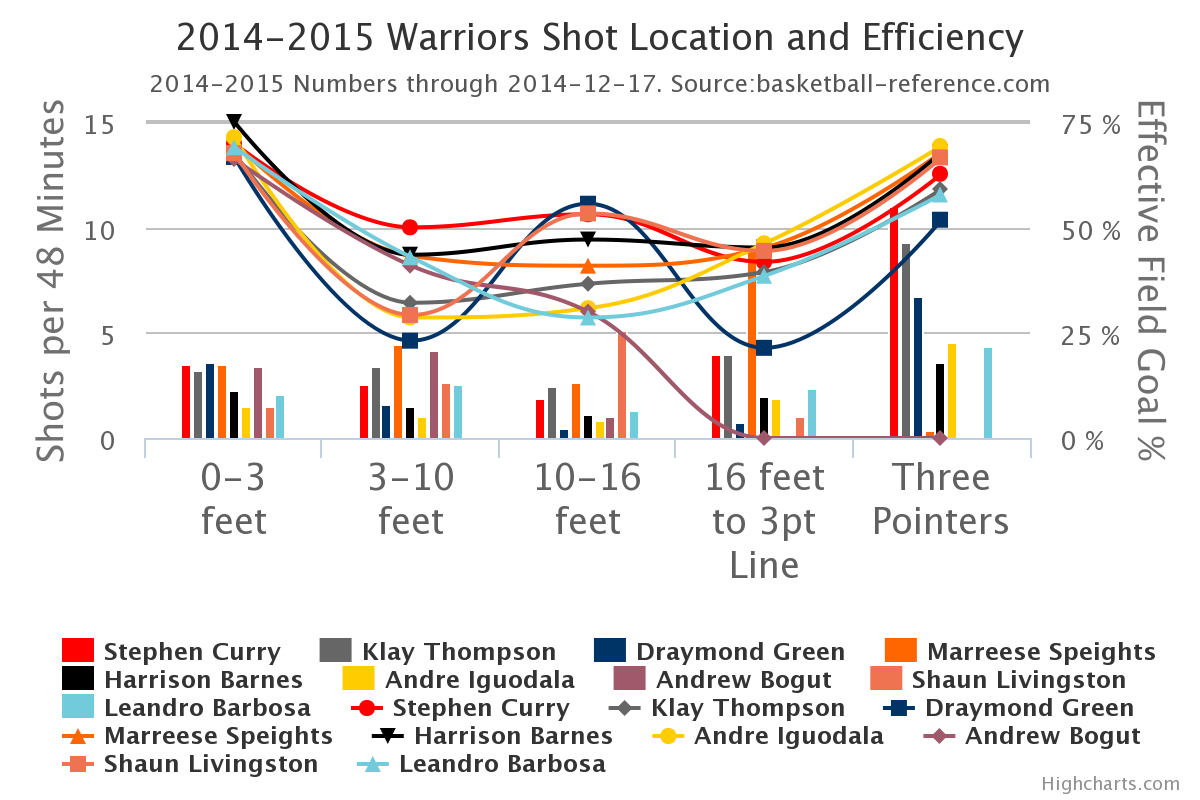 *Thanks to commenter BPS, who noticed a typo in the previous shot chart for Draymond Green. He can in fact shoot threes, and I was just reading wrong information for the podcast! Sorry about that.

Chris Rock broke down the Warriors problem really easily. They haven't had their bigs healthy in the playoffs. Yup!

Kevin Draper(@kevinmdraper), of course, for his amazing piece on Wojnarowski.

Rich Campbell(@SprtsMktgProf) for his great piece on Becky Hammon and opportunities for women in sports.

Not only is Brian shout-out-less, but he forgets to unmute himself, again!