The Boxscore Geeks Show: Inaction Is Actually an Action

It's the first show of 2016, and we can't resist looking into why the Lakers tanking strategy is a bad choice again. I think that Michigan State's Magic Johnson and Draymond Green would win a hypothetical all-time NBA Jam style two-on-two tournament between colleges, but our Twitch chat had other ideas.  Also, fresh off watching the movie Concussion  I provide my review, and we also talk Star Wars and other pop culture issues.

Thanks to Twitch.tv commenters - subs0le, glorioushubris, andrew_sutton, and xiano51, who watched live and interacted. It was a ton of fun!

Of course, we talk the Warriors! Draymond Green had three straight triple-doubles, which got him on my weekly list of the top ten boxscores (spoiler, he's already on next week's at least once.)

The game where the Kings blew out the Suns last week may be one of my favorite of the year, for this is nothing else.

I point out Draymond Green was picked in the second round of the NBA draft. I go on a weird rant about the misconception of needing a top-three draft pick to build a strong team. Also, I go into it a bit about how you can't count a player as a "top three draft pick" when you trade for them, or grab them in free agency. It's a classic example of the "Price Anchoring" bias.

Long rant on tanking and how it falls into the Omission Bias.

I discuss how some of my favorite teams in NBA history happened because the team was hoping for the top prospect and failed to get them. My example was Ralph Sampson. Great commenter (and Lakers fan) JBrett noted that the 1980s Celtics were also hoping for Sampson. The 2000s Celtics tried to tank for Oden/Durant and failed and turned into a great squad. The Heat shut down Wade to get Michael Beasley. That failed, and they got the big three. NBA history is littered with failed tanking attempts resulting in plan Bs that turn out great.

My quote on this is - "Too many teams are busy hoping to luck into the next Michael Jordan and aren't busy enough looking for the next Rodman."

We talk draft busts a little too. I don't consider Sam Bowie a bust by the way, and think poor environments don't get enough blame when players "bust." Tune in to hear "Dre rant about stuff for awhile." (past me told future me to say this)

We had some fun combos, including:

Basketball-Reference, amazing site that it is does have lists of where players attended school. Use it if you want to get in on the game. I'm sure we missed a few at least. We haven't quite figured out how to handle high school players yet.

We revisit our discussion on Concussion last week. Basically, after seeing the movie, I agree with the sentiment on Dave Duerson, who was mistreated in his representation in the film.

I get into shortcuts films use, and why that was likely the reason for using Duerson the way they did (I am not justifying it, to be clear) I bring up one of my movies "Hackers", which did similar stuff. I've written about this a few times - my notes Hackers part 1 AND my notes on Hackers part 2.

Cracked had an excellent video on shortcuts movies take and why they don't make sense.

We do the popular segment: "F*** that guy" this week. Our target? George Lucas. First, he made a pretty bad metaphor about Star Wars being his children. Second, he talked about the new Star Wars being unoriginal. Both of these statements are very disingenuous given then the original Star Wars was just a Flash Gordon ripoff built to make a lot of money. Great Cracked Podcast on this subject.

My advice for Disney: learn from George Lucas and merchandise your star! Rey is popular and will sell. Seriously Disney! Advice on that, I love Funko Pop figures. They have an amazing Rey figure. 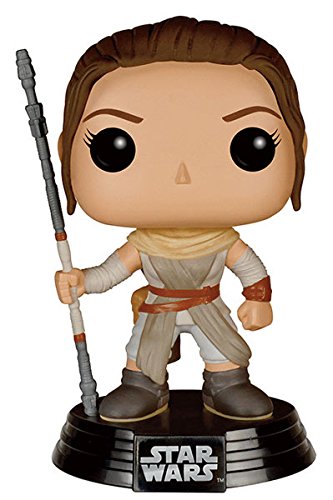 I liked Anita Sarkeesian's review of the Force Awakens. I also have enjoyed Max Landis' take on Rey being a Mary Sue. I also enjoyed the That Thing You Like podcast on it, which explain some of my issues with the name Kylo Ren.

Shoutout to Draymond Green for his triple-double streak.

Brian shouts out Orange45 for an amazing 76ers comic.