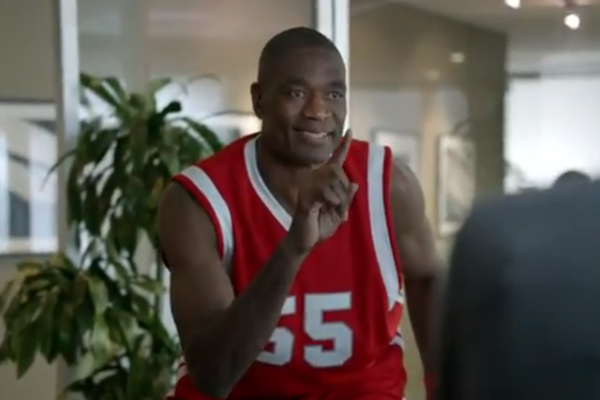 The NBA playoffs, the draft lottery, and a little Captain America Civil War.

We run down the NBA playoffs including a recap of the conference semi-finals.

We bring up Arturo's point about shortening rotations in the playoffs and how that can reduce the difference between top-heavy and deep teams.

One thing we do enjoy about this series is that the Thunder playing two bigs is being viewed as some novel strategy. It's kind of refreshing against the popularity of the Smallball meme.

We review the Popcorn Machine Game Flow of the game and notice the lack of minutes given to bigs in the second half by the Warriors. Commenter Alique Williams does note that Andrew Bogut was injured coming into the game, and was injured in the 3rd. If Festus and Bogut are injured that could make the difference in the series.

We discuss the flaws in overreacting to small sample size. A close game proves nothing. Of course, a few close games can knock a good team out of the playoffs, just ask the Clippers and Spurs.

The Cavaliers have been a fun place for narratives. For instance, Yahoo wrote about a "crucial moment" after a loss to the Nets. It was a fun story, but, of course, the Cavs had a 51-21 record at the time and were still the number one seed out East. Nylon Calculus has a piece about the Cavs shooting historical levels of three-pointers. Of course, against the Raptors they shot fewer threes and still won.

We discuss the dangers of being overconfident in predictions, especially in the playoffs. This was a subject of Nate Silver's "Signal and the Noise." Basically, every year people seem to forget how noisy the playoffs are.

We point out some funny Rookie of the Year winners. Tyreke Evans over Steph Curry for instance. For what it's worth, Curry was our Rookie of the Year! We also thought he was an average player his rookie season.

There are some big names in free agency this season. The 76ers "won" the Draft Lottery. It will take a few more players to make them playoff teams, though. Will they be able to compete with other destinations? I'm skeptical.

We do talk about some of the luck required for a contender. For all the talk the Warriors have, the reality is so much of their current situation is thanks to Curry's injuries in his third season.

We also talk about how of all the teams in the draft lottery, despite getting the #1 and #2 picks, the Lakers and 76ers are still in the worst place.

We discuss best fast food burgers in a metaphor to the draft lottery. Tune in!

Thanks to xiano51 and Andrew Sutton for commenting in the twitch.tv/nerdnumbers chat room during the live show.

Shout out to Dave Berri (@wagesofwins), who I got to see at University of Chicago recently.

Shout out to Tiptree Award winner E.J. Fischer (@glorioushubris), who I also got to run into in Chicago.

Brian shouts out the 76ers and StubHub, a sponsorship match made in heaven.