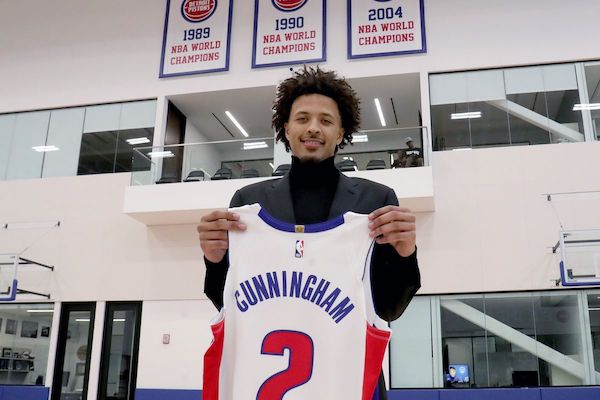 Office Hours 201: Cade Cunningham and Did TV Ruin the NBA?

Welcome to Office Hours with Professor David Berri. A podcast where David Berri stops by to discuss his research and writing and writing on sports. Today Dave hops on to talk about the NBA Draft, in particular, an update to an old study, and why he’s not optimistic about his Detroit Pistons in the 2021 draft. We also talk about Oscar Robertson and his fight for players' rights in the 70s. We review Dave’s time at Forbes, where he wrote almost 100 articles, and why it ended on rocky terms thanks to the NBA. One of my favorite thesis of this is episode is how we discuss Television’s impact on the “analytics movement.” And somehow Dave even manages to end on noting that Stephon Marbury absolutely belongs in the Naismith Hall of Fame first ballot, namely for his time in China!

I want to shout out some of the research mentioned on today’s show:

This is based on research that appeared in Stumbling on Wins from David Berri, Martin Schmidt, and with help from Stephen Walters. Erica Hanserd helped by adding High School Ratings to make the research even more verbose!

We mention the senior paper from Greyson Hulet, a Southern Utah University student. It looks at the age curve by position! A topic I’m sure we’ll revisit in Greyson puts his paper online.

We talk about research from Jason Dana, which I first heard on Dan Ariely’s “Arming the Donkeys” podcast. The paper I believe they discuss is “Belief in the unstructured interview: The persistence of an illusion”

We specifically talk about Dave’s paper: Oscar Robertson, Antitrust, and the Fight Against Monopsony Power in the NBA

One correct - at one point I say in 53 of Michael Jordan’s playoff games, 44% were above average. Apologies, I meant 44 games, total which is a little over 80%!

p.s. Apologies, we are working on fixing some data. There's a weird bug causing Magic Johnson to appear in the 2021 dataset! It is shockingly harder to track down than you'd think.