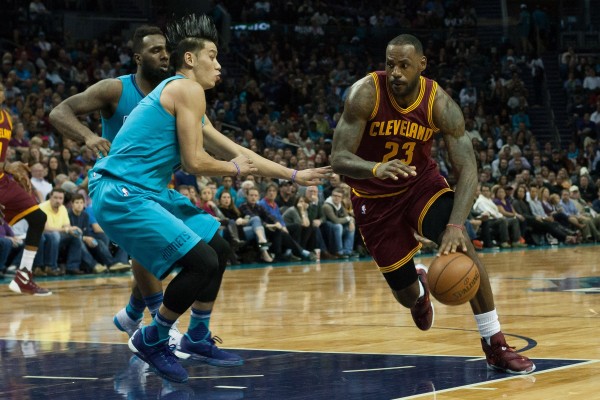 One of our favorite things around here is naming common logical pitfalls related to sports, stats, and economics (see our last batch here). Well, we're back with a few more!

This one gets its name from Wages of Wins author David Berri. In an old podcast (that I'm far too lazy to look up the link for) Dave noted that in each sport there's a constant battle between teams to undo the other side's advantage. Pitchers learn batters' weaknesses; NFL defenses train against specific offenses. That said, the NBA is a place where despite teams knowing an exact player's strengths and plans, sometimes you just can't stop them. Paraphrasing Dave Berri: "Every team knows LeBron James is the best player on the other team. Every team knows he's going to try to score. So why don't they stop him? Because they can't! Because he's just that better than them." And, of course, this is one of the most important aspects that sets the NBA apart from other sports. You can pitch around batters. You can run the right scheme around specific offenses in football. But in the NBA? You can't stop the truly dominant players!

In February of 2012, Jeremy Lin got to start for the New York Knicks. Jeremy Lin had been a bench player that had been bounced around a few teams until then. Jeremy Lin proceeded to go on a tear. He scored lots of points, the Knicks won lots of games. And, as always happens, people started comparing Jeremy Lin to former greats like Michael Jordan. Jeremy Lin has remained a decent NBA player. He's currently playing the best ball of his career for Brooklyn. However, he never turned into a superstar. And I feel he's important every time I see a player have a good month. It's easy to assume a player suddenly doing well means they've figured the game out and are a star and will be an "unstoppable" LeBron. That said, the NBA is full of streaky play, and it's always important to remember that when you see a few good games or even a good month out of a player.

Here's a Vine of Victor Oladipo doing a sick dunk. Watch it! There's no real way not to date this entry, so here's what I decided on, hope you like it.

Dwight gotta sit out the rest of the game after this 😳https://t.co/D29B2mbDfX

Alright, how many NBA players could you see at the time of the dunk*? I counted maybe seven. How many refs? I think I saw one. How about the coaches? You can only see one bench. One of the biggest hits I hear analytics getting is: "Watch the games!" or sometimes, smugly and incorrectly: "You nerds don't watch the games!" (I've written about this before) But I feel a funny thing people miss is even if you watch the games, you are not watching it "pure." Whichever TV station you choose picks the angles to use, the players to focus on, the plays to replay. And even completely ignoring the "box score vs. live viewing" argument, I feel it's important to note that the live viewing still has flaws, even if you believe your memory and perception are excellent, which they're not, sorry.

*Updated from the original post. Thanks to cedric, who noted that at the start of the clip, all the players are visible.

Alright, there you go! Sorry about the absence of content for a while here. Life gets busy. That said, we should be back with the Boxscore Geeks show next week, and we have tons to talk about! See you then.