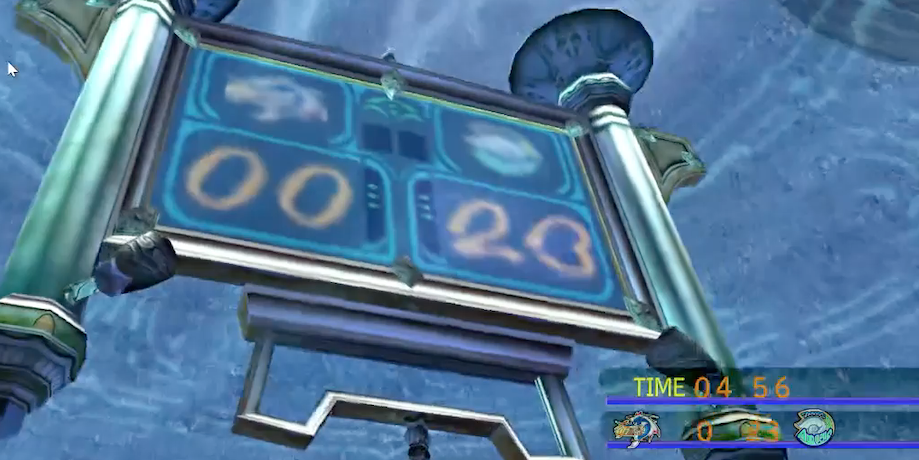 Moneyballing Blitzball Part 1 - Score at Will!

Howdy! Good news, with only a few bugs (huge shoutout to JBrett for helping eyeball many of these), the Wins Produced and Points over Par numbers have been mostly running smoothly for a while now. Long enough to have Nikola Jokic top the charts and Anthony Edwards turn into my new favorite "Yah! Points!" rookie. I sincerely hope both finish with a historic season.

I'm about to go off on a complete sideways post, but with some justifications.

Alright, with my conscience clear, let's get into the hit game Final Fantasy X ... from 2001 -- the same year Allen Iverson won MVP! More specifically, the mini-game Blitzball, which was a water polo-like sport you could GM and play ala NBA 2K. A subject near and dear to my heart is how to dominate this game completely. Steam, OBS, and Twitch make it super easy to play and record myself doing this! I'll have more in the future on ideal strategies, methods, and the best "Moneyball players," but today, I wanted to show a fun proof of concept.

As fans of FFX will know, you technically only have to play one game of Blitzball in the story. You could argue any extra time outside of getting Wakka's ultimate weapon is a complete waste of time. So let's maximize that waste. I wanted to know how much I could completely dominate the first team I played right after the only mandatory game: no leveling*, no recruiting, no exhibition games to get techniques. And my answer was, I could non-optimally get 23 goals against the Kilika Beasts in the very first possible game you can play.

I explain some in the video but let's run down some of the methods used to do this.

A well-known trick to power level in Blitzball is to use neverending games. There are two types of Blitzball games, season and tournament. Both games go to OT, but season games can end in a draw. The tournament format is elimination based, so like old-school NHL, OTs can go on indefinitely. Your characters level by performing actions such as shooting, passing, or tackling. So if you keep a game going forever and "trap" the ball and pass it back and forth among your own team, you can level.

Guess which type of game the only required Blitzball game is? That's right, a tournament! So I could level up my center Letty and one of my forwards, Datto, to super-high levels. Sadly, your other star wing can't be leveled due to the game's storyline. Regardless, I have two offensive players capable of scoring from the second they get the ball.

One other note, ideally, you use special techniques on your passes to maximize leveling time. Sadly, only Letty has a pass technique in the first game, making power leveling anyone but him to level 99 difficult.

As noted, I wanted this to be the very first game you play. However, the first team you play in the season is "random." However, it is not set until you actually start the game. So you can reset the game until you get the desired opponent. Here's a rundown of that.

One other RNG element I'm not sure of yet is "breaking." Blitzball is partly turned based. When two opposing characters collide, there are two options. The first is to "break," allowing the opponent to attempt to tackle you. If they fail, you retain the ball and do any other action. No time comes off the game clock for this. The second is to pass or shoot, giving the opponent an attempt to block. If they block, they get the ball. Otherwise, the ball continues on its course with diminished energy. However, time comes off the clock while the ball is on its way to being blocked. Datto and Letty can both break when shooting with no fear. However, the opponent can sometimes choose to futilely pass or shoot, wasting valuable time to someone trying to maximize goals. I am not sure if you can impact the odds of this happening. Future work!

In Blitzball, one defense mode is "Mark Mode," where characters will automatically shadow an opponent you assign them to. By starting Datto at wing and assigning him to the opposing center, he will "crash" the center at every faceoff, which is slightly faster than waiting for Letty to intercept the opposing center. This means the opponent wastes less time.

In theory, if you "win" the faceoffs at the start of the game and the half, you can easily score in 15 seconds. The opponent sadly gets the ball after you score. If their center breaks, you can score in 20-25 seconds. 20 seconds is for the Glories because Datto and Nav are so fast they quickly intercept each other. Sadly, the Beasts have a slow center who wastes time waiting to be tackled or blocked. So, against the Beasts, I believe 24 goals is the max possible, while it may be possible to get 30 goals against the Glories with the right strategy. In the video I provide, I get 23 goals against the Beasts. And in a test run, I got 20 against the Glories. So a future goals to hope for!

Wow, that's a ton, and it was just for a proof of concept. FFX and Blitzball are two of my favorite things from when I was younger. I've joked this is very akin to fixing up an old car in the garage. I hope some of you enjoy it! As noted, we podcast on Twitch.tv/nerdnumbers, and I've started streaming when I play FFX either for footage, data, or fun. I usually Tweet out @nerdnumbers when I'm about to. See you for the next one!