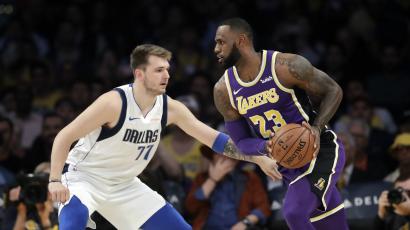 Luka Doncic, James Wiseman, and why the NCAA Sucks

No matter how big of a fan of basketball you are, it's hard to justify the NCAA as an organization. And recent events in the James Wiseman saga should not only infuriate you as a human but should upset you as a basketball fan. Let's use NBA history and some top NBA talent to explain how the US is shooting itself in the foot using a bs amateur system.

If you're a fan of basketball documentaries, I highly suggest you check out "More than a Game," which recounts LeBron James' senior year as a high school player. LeBron James decided to play with his friends at St. Mary's, and they won a state championship together. However, LeBron James got into trouble with his high school eligibility, first because his mother gifted him a $50,000 car, and second because he accepted two free jerseys from a sports memorabilia store in exchange for posing for a photo. LeBron James was suspended for several games, which put his team's title shot in jeopardy. Luckily he got back in time, and they won the big game! LeBron went on to be drafted #1 in the 2003 NBA draft, and the rest is history.

A few notes, despite winning Rookie of the Year as a 19-year-old, It should be noted he was a below-average player. It took LeBron James one season before he became a star. That said, he was a well-known enough prospect that as early as his junior year, people were asking if he would try and enter the NBA before finishing high school!

In short, LeBron James as a top basketball prospect that had his eyes on going pro very young. However, in the United States, he played under his high school organization first, and then, if this were the modern NBA, at least one year under the NCAA or overseas. And under this system, LeBron James was penalized for making any money off of his likeness. And, it's highly unlikely LeBron James benefited from missing playing time in his senior year. I'm not saying LeBron James would have entered the NBA as a better player had he gotten better training and more resources. However ....

Luke Doncic is also a player that was on the NBA radar at a young age. By eighteen, he was a Euroleague MVP and champion. He was eventually drafted 3rd in the 2018 NBA draft. Like LeBron James, he too went on to get rookie of the year honors, playing most of his rookie season as a 19-year-old (he turned 20 in February). A slight difference, though. As a rookie, Luka Doncic wasn't just NBA ready. He was close to star level. He has taken a massive leap as a sophomore player, and like LeBron James seems set to become an MVP candidate. And, again, it's a small sample, but Luka Doncic has gotten much more playing time, much better coaching, and no roadblocks in regards to having a car or clothes as a teenager. And two other rookie of the year candidates help make this case. 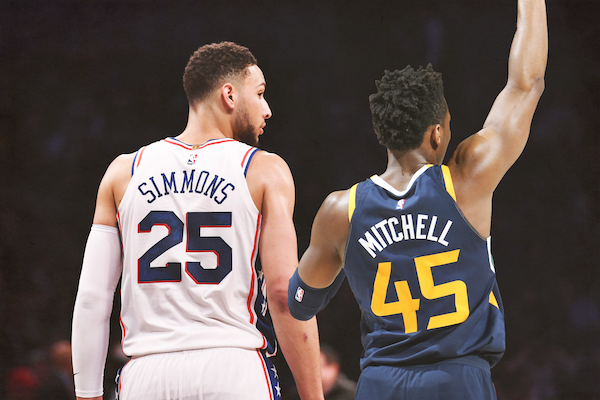 Rookie of the Year?

Ben Simmons and Donovan Mitchell finished first and second in Rookie of the Year voting for the 2017-2018 season. Both players were ranked top 30 among high school recruits in 2015. Ben Simmons attended LSU, which was considered a weaker NCAA school, and indeed they didn't even reach the NCAA March Madness tournament. That said, Ben Simmons was still drafted first in the 2016 NBA draft. Unfortunately, he was injured all of the 2016-2017 NBA season, instead just training with the 76ers staff.

When the race for Rookie of the Year got contentious, Donovan Mitchell made "subtle" jabs about the unfair advantage his primary competitor had. Mitchell inferred that getting a year with an NBA team as opposed to coming from a college team was akin to getting extra time to study for an exam. The funny note, Ben Simmons, likely agreed! In an interview in 2017, Ben Simmons admitted he didn't really learn anything at LSU!

That brings us to this year's "de facto" Rookie of the Year. 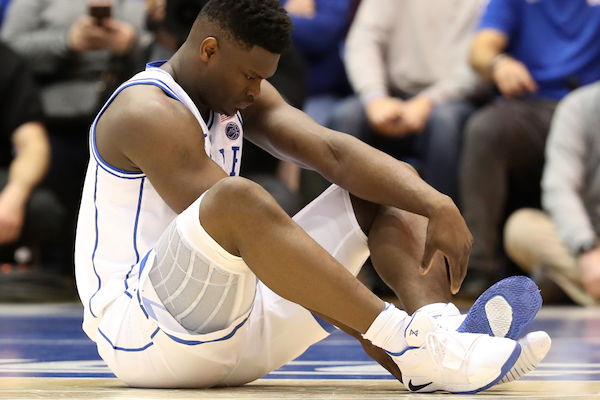 Rookie of the Year?

Zion Williamson was a top-five high school recruit that very quickly became the de facto number one pick for the 2019 NBA draft. He attended Duke University under legendary coach Krzyzewski. In a critical late-season game against rival school, UNC Zion Williamson's shoe exploded, and he went down with an injury. Duke lost the game, and Zion was out for six games. Duke still went far in the March Madness tournament, and Zion still went first in the NBA draft. Of course, he was injured again before the season began!

James Wiseman and the Dream. 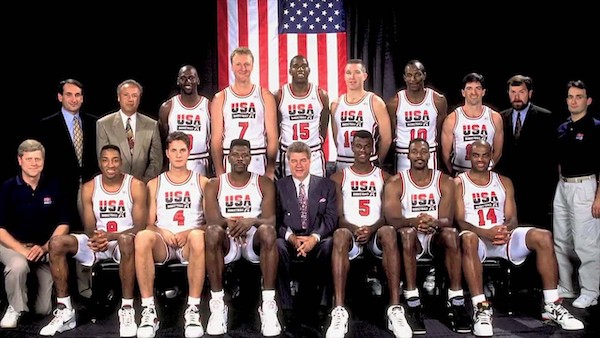 Several Rookies of the Year.

The television rights for NCAA basketball are worth billions of dollars. Luka Doncic and LeBron James provide interesting bookends for top NBA players in that both show young players easily have the capacity to lead the NBA. In spite of this, in the United States, we entrust our young players to overbearing athletic associations that needlessly deprive our players of resources. Would LeBron James have developed better under better coaching and support? Would Zion's health be in better shape under NBA doctors? Both Donovan Mitchell and Ben Simmons think their time in school held them back. That brings us to our most recent prospect.

James Wiseman was the number one high school recruit. However, after three games of play, he was suspended by the NCAA because Penny Hardaway gave Wiseman's family $11,500 while Wiseman was in high school to relocate so that Wiseman could play under Penny Hardaway. The NCAA has given Wiseman a twelve game suspension and is ordering him to pay $11,500 to charity. ESPN has a timeline of results here.

To be clear, the NCAA rules do make the "repay resources not acquired correctly to charity" a rule. But it's a stupid rule! Wiseman was a top talent that was scouted by a coach in both high school and then college. And the NCAA says this is a problem. Why? What's more, how can anyone argue that it was bad for Wiseman's development to play under a top coach? The only argument is that it potentially gave Memphis an unfair advantage in a "competition of student-athletes." We will see how this fiasco plays out. Likely Wiseman will pay the fine, play his games, wind up the number one draft pick and give interviews like Ben Simmons once he's pro.

The image this brings to mind is the 1992 NBA Dream Team. For years in international play, the United States fielded squads of "amateur" players (namely those that hadn't reached the NBA). However, in 1988, they placed third in the Olympics and in 1992 opened up the field to professional players. Luka Doncic and the fiascos with Zion Williamson and James Wiseman may be the symbols of a similar shift in the NBA. Can professional teams worth billions of dollars trust the development of the USA's best players to the NCAA or high school organizations? Does the implicitly racist undertone of not paying young African American players really trounce teams getting top tier players? In the NBA, teams are constantly attempting to get the top players. Either by tanking when they're bad, finagling loopholes in the collective bargaining agreement to make smart contract offers, or outright offering huge contracts or trades for marquee players. It seems unlikely to me that the obvious impediment to player development by "amateur organizations" is something the NBA can let persist. I hope I'm right.