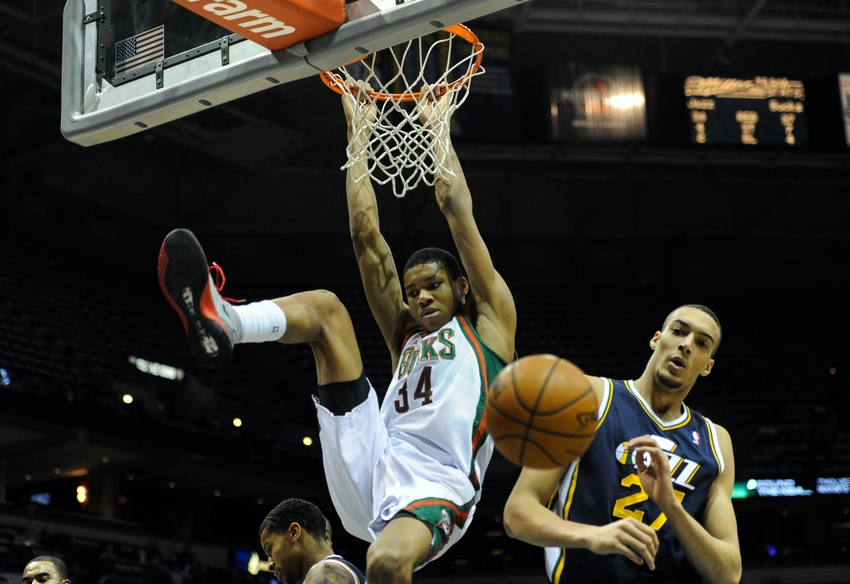 Players that are one-man contenders.

Giannis Antetokounmpo is really good at basketball and easily worth a max deal. Currently, he leads the league in Wins Produced. When we zoom in on a game by game, basis though, he's even more incredible, if that's possible. We break down "contender worthy games" and shocker, Giannis leads the charge!

Quick refresher, if you head over to boxscoregeeks.com/players and then sort by WP(wins, why don't we sort by that by default? Who knows!), as of this writing Giannis Antetokounmpo leads the charge with almost 10 wins. The Wins Produced formula estimates the total number of Wins a player is responsible for. Another variant of this is the Points over Par metric. Points over Par estimates the margin you could expect a team of average players and your player to beat an opposing team of average players. And this is cool because we can go game by game and see how much impact our player had on the actual margin of victory (or defeat) We've used this for fun metrics like my Game Changer one.

I started looking for players that had games this season with a Points over Par of +6.0 or better. Somewhat arbitrary, but around a +6 margin of victory pretty much puts you in contender status. For example, last year's Cleveland Cavaliers had a margin of victory of, look at that, exactly 6.0 :) Anyway, here's a tally of all players that have put up eleven or more +6.0 Points over Par games this season.

It is not close; Giannis has put up twenty-two "Contender Worthy" games on his own this season! We'll note that Chris Paul, despite missing seven games so far is still top three. Anyway, Giannis is incredible. He's played 34 games this season and 22 of those his performance has been extraordinary. That brings us to a bit of bad news. Despite playing great, the Bucks win percentage when Giannis plays like a one-man squad would barely squeak the top four out West. Compare him to Kawhi, Durant, or Curry, who can promise their team a win if they play great. As a last meta note, there is a better chance that Giannis will put up a contender worthy game than that the Bucks will win when Giannis plays that well! That's good news for the Bucks though as it means with a few decent rotation players, they'll easily be a contender.

As one last note, I'd be remiss not to acknowledge Hassan Whiteside, who todd2 commented on for this week's BSGShow, who is the only player with such poor support he actually has a losing record in his great games!

The NBA season still isn't halfway done, so I can't wait to see what Giannis does!