How do Donovan Mitchell's Playoffs Compare to some former greats? 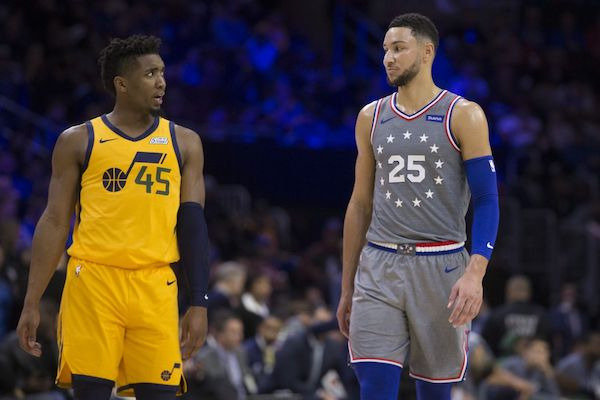 Last season a weird thing happened. In the midst of the standard Boxscore Geeks / Wages of Wins schtick of explaining how a high points per game player was overrated ... the player noticed. Donovan Mitchell quote tweeted myself several times last year as I noted he was a below-average NBA player (albeit, close to average for an NBA rookie) and Utah Jazz fans were noticeably miffed. I was able to predict I'd get at least a few Tweets if Donovan Mitchell had a good game. Of course, it was crickets the many more times he had terrible games. A few Utah Jazz bloggers took the odd stance of saying: "All NerdNumbers does is Tweet about how much he hates Donovan Mitchell. He's obsessed with him!" And, I mean, if you're a Utah Jazz blogger using that as an argument, it's the same as using a catapult to throw a boulder from your inside your glass castle. Regardless, this season I took it easy, for the most part, on Donovan Mitchell. Mission accomplished Utah Jazz fans! That said, after his horrible playoffs showing, my bashing will return! But first, let's give Mitchell some outs.

The reality is that as a professional basketball player, Donovan Mitchell's job is first and foremost to get paid. And despite the myth that the NBA has embraced analytics, it's still very much a points per game league. Many of the same Utah Jazz fans that disliked my Donovan Mitchell "hate" were on my side this year when I was tweeting what a travesty it was Rudy Gobert didn't make the All-Star squad. Of course, D'Angelo Russell did. And D'Angelo Russell is another player like Donovan Mitchell. He scores many points per game but does so at a significantly below average shooting efficiency relative to the league. And in the book/movie Moneyball, he'd be the type of player Michael Lewis or Brad Pitt spent several paragraphs eviscerating. In the modern NBA, he's a story of how Magic Johnson let a star out the door.

Of course, Donovan Mitchell is still a relatively young and new player in the NBA. And as I keep noting on the Boxscore Geeks show, I think it is a poor plan to give significant minutes and usage to inexperienced players. Yes, you can luck out with players like Ben Simmons and Luka Doncic, but most players take a while to develop. And if you're a playoff worthy team, it makes more sense to find established veterans in the NBA and to slowly ramp up your young talent. This was what happened with eventual Finals MVPs Kobe Bryant, Dirk Nowitzki, and Kawhi Leonard. And this isn't to say Donovan Mitchell won't improve or is doomed. But it is to say that the Utah Jazz have hindered their title chances for two seasons in a row now by giving so much responsibility to Donovan Mitchell. Because the numbers say, he is still not the person for the job of starting guard on the Jazz. 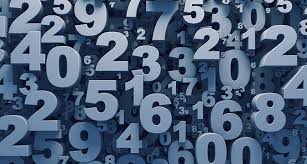 Let's take a brief second to explain why Donovan Mitchell is below average.

Donovan Mitchell's True Shooting Efficiency is 53.7%, while league average is 56%! Even if we limit our pool of players to guards, who average around 54.5% True Shooting, Mitchell is still a below average shooter. And this wouldn't be a problem if Mitchell did other things well or didn't shoot that much. However, Mitchell takes 28.3 shots per 48 minutes, which means his shooting isn't just bad; it's a liability.

Mitchell is a below average rebounder, regardless of his position, and his assist to turnover ratio is below average for either a point guard or shooting guard. His foul rate is average.

The Utah Jazz are 2nd in the NBA in defensive rating. And it's possible Donovan Mitchell is a vital part of this. However, even if Mitchell is a Defensive Player of the Year player (an accolade I've never seen associated with him), it does not make up for his liabilities on offense. And many fans would argue Mitchell is a positive on offense, despite the numbers to the contrary.

Let's get to the playoffs. 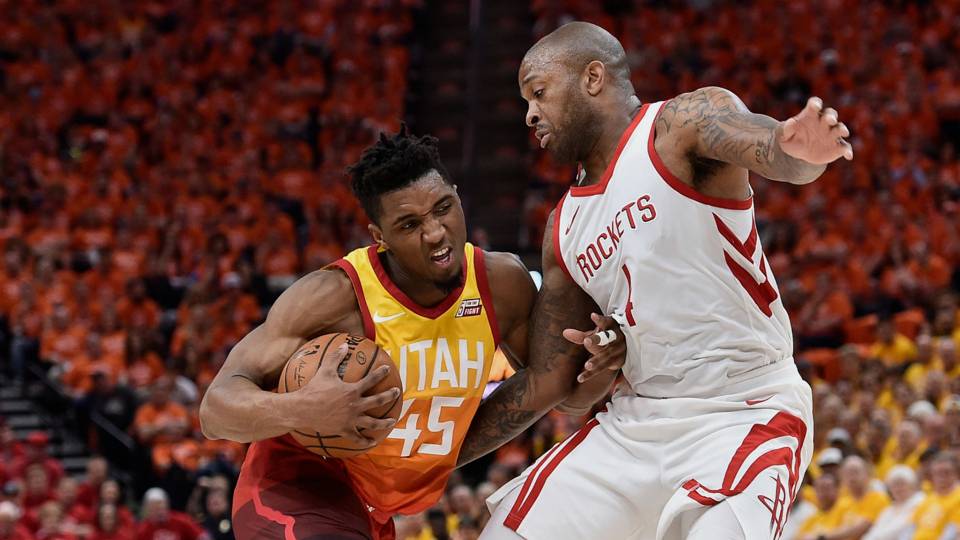 Let's review last year. In last year's playoffs, Donovan Mitchell started hot, getting a debut double-double like Derrick Rose and Tim Duncan. But in the end, he had a horrible playoffs. He was downright dreadful against the Rockets, a theme we'll see.

That brings us to this year. So far, Donovan Mitchell has yet to have a good game in the playoffs. He has the distinction of having the worst playoff performance so far.

And here's where we get to two fun comparisons. When Donovan Mitchell was scoring high points per game as a rookie, many compared him to Michael Jordan. If you just left that pesky shooting efficiency out of the equation (and the rest of the box score), they were almost the same player. But let's get back to MJ. As I noted on Twitter:

At 22 in his 2nd #NBAPlayoffs, Michael Jordan put up 63 points against the #1 D 86 Champion Celtics causing Bird to call MJ God in disguise.

We're done with the comparisons ya?

Admittedly Michael Jordan was about seven months older in his sophomore season than Donovan Mitchell. Regardless, he played amazingly well against the best defense in the NBA. Donovan Mitchell has played less than stellar against a mediocre defense. I think we can leave the "next MJ" comparisons off the table for a while. Another weird comparison came up. After a horrible showing, Kyle Korver went out of his way to defend Donovan Mitchell missing a game-tying three as well as supporting his play - via SLC Dunk. And to be fair to Kyle Korver, I understand the politics of standing up for your teammates. Kyle Korver's fantastic piece on Thabo Sefolosha in the Players' Tribune is a must read btw. What confused me was Kyle Korver was on the 2010-2011 Chicago Bulls with Derrick Rose. And in 2011 at age 22, Derrick Rose won the MVP while also shooting a lot of shots. A funny note, Derrick Rose's playoff run ended that year with him shooting atrociously against the Miami Heat.

What remains confusing about Donovan Mitchell to me (let's return to poking the hornet's nest) is that he has yet to be an above average NBA player. And he is compared to other players that were above average at the same age. And we keep hearing - "Just you wait, he'll get better." Admittedly, his play got worse in his sophomore season.

Let me finish with my primary point. I don't have a problem with Donovan Mitchell. I understand his motivations, and they are spot on. In three years he'll have a max contract, be on All-Star teams, and hell, possibly be an above average NBA player by our numbers. And he should aim for all of those things, with efficiency being a distant third to the first two. My problem is that Donovan Mitchell's defenders show that an old way of thinking is still around in the NBA. It shows that if you score enough points, any gap in your play will be defended. And, on the one hand, it's fun to watch Donovan Mitchell play poorly in the playoffs and hear crickets from many that were quick to say I was ruining basketball last season. On the other, it's more frustrating that until NBA thinking changes, we can guarantee we'll see a repeat of this story.