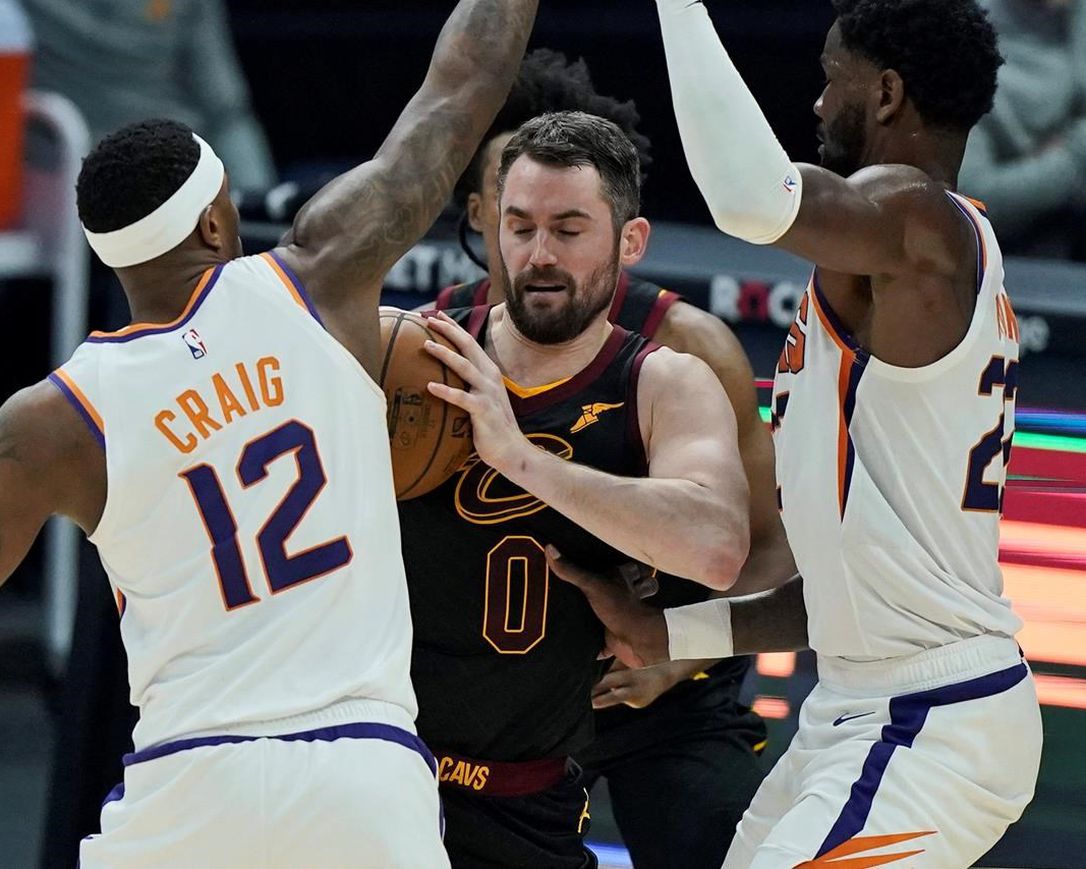 Last year the Suns were a healthy Chris Paul from the NBA Finals. Sadly, at this point, Chris Paul seems more cursed than the Boston Red Sox and destined to go almost a hundred years without a title. Regardless, with a strong core of players and coming off the best regular season in the NBA, the Suns seem in a good position to try, at least one more time. Except, the Suns decided to follow in the footsteps of two historically horrible franchises, the Minnesota Timberwolves and the Phoenix Suns!

A quick recap. Deandre Ayton, former number one pick, was up for a contract renewal with the Phoenix Suns. Like many top picks, Ayton was hoping for a max deal, which would be somewhere in the neighborhood of 5-years and $200 million, which is what Luka Doncic (from the same draft) got. The Suns decided to "play hardball" and offer less. In the midst of this, the Indiana Pacers expressed an interest in acquiring Deandre Ayton. One method for this is a sign and trade. First, the Suns sign Ayton to a good deal. Sadly, it wouldn't have been as good as Doncic's due to rules in the CBA, but still would have been good. Then, they could trade Ayton to the Pacers for other assets, for instance, Myles Turner. These negotiations appeared to have stalled, as the Pacers offered Ayton a 4-year $133 million deal. Some believe this was to prompt the Suns to go forward with the sign and trade. However, the Suns matched the offer sheet, as Deandre Ayton is a restricted free agent, meaning the team that drafted him is allowed to match any contract he receives on his first renewal.

There are a few issues with this. First, rather than treat Ayton like a top pick, the Suns publicly said they thought he was worth less. He still wound up with a worse contract than he wanted. And, he's stuck with a team that has publicly disagreed with him. Not an ideal recipe for success. Also, by signing Ayton this way, the Suns are not allowed to trade him until December. So, if their hope was to use Ayton as an asset, that's off the table. The reality is that getting Ayton back is good for the Suns. It was unlikely they'd be able to replace the value of a 23-year-old top center. At the same time, they did it in one of the worst ways possible, with an unhappy star on a shorter deal. And that reminded me of something!

Patrick Minton, this site's creator, was a Timberwolves fan and a Kevin Love fan back when Kevin Love was playing like Moses Malone in Minnesota. Years ago, the Timberwolves decided rather than simply max Kevin Love, they'd play hardball and get him on a slightly cheaper contract for fewer years. Patrick noted the absurdity of asking for fewer years out of a top player entering their prime. He also noted that the net effect was that Kevin Love would likely be unhappy and demand out sooner. And, because the team offered a shorter deal, they'd have less leverage. And? Kevin Love got traded to the Cleveland Cavaliers, went to four (technically three, due to injury) NBA Finals, and got a big payday from the Cavaliers. The Wolves got "assets" and were a bad team with only two first-round exits to show for it in the same time frame. I'll sadly note that injuries to Kevin Love made the nonsense of this decision less clear, as he didn't play close to peak form for Cleveland. I'll also note that the Timberwolves are under new ownership, and hopefully, a leaf has turned, as they pulled almost the exact opposite move acquiring Rudy Gobert.

Certain as the Suns Falling in the West

In 2005 the Phoenix Suns fell to the San Antonio Spurs in the Western Conference Finals. This was partly because young and upcoming star guard Joe Johnson had his face broken in the conference finals and missed two games. The reality is the Spurs were the better team on paper, with a healthy Tim Duncan returning. That said, the Suns seemed in a great spot to give it another go. Except, when Joe Johnson wanted a contract extension, the Suns chose to trade him to the Hawks for Boris Diaw and picks. Boris Diaw was a middling small forward, while Joe Johnson was an above-average guard-forward.

Some nuance and takes real quick. Joe Johnson put up fairly strong numbers in 2005 but was nowhere close to the star levels we normally like to see. However, he 100% falls into what I call "The Al Horford Principle", which I named for Al Horford's signing with the 76ers a few years ago. Namely, it is ok to "overpay" for an above-average player if you think it puts your team over the top. With an aging Steve Nash and stars in Shawn Marion and Amare Stoudemire, the Suns were in a prime spot to "win now." Trading away an above-average player to save money in that case? It's ludicrous.

Another weird note: Boris Diaw had a breakout season the next year, replacing Joe Johnson's production. It was short-lived, and he never matched it again with the Suns. However, we're very "process driven" around here. Trading one of your top production players for a worse player for money in the middle of a title window is bad. And, to further clarify, for any team in the NBA with a top ten player, their title window is as long as that player stays healthy.

The sad reality for the Suns though, is unlike the Wolves, they do not have new ownership. Later in the same Suns-era, they shipped out Kurt Thomas, another above-average player, with two first-round picks (you know, what they traded Joe Johnson away for!) to get a second-round pick from Seattle. This was done to save money right after the Suns came off a 61-win season. I wouldn't be shocked by a similar move in the near future from the same franchise.

Despite the weird complexity spiraling of basketball's "advanced analytics" field, building a winning team in the NBA remains a simple process. Get above average players with as little friction as possible, and upgrade when you can. The Suns have lucked into star players repeatedly. However, the fact is their owner is more content to save a little money, than fully invest in title squads, which would easily pay off. Sadly, this is a common mindset among NBA owners, and I hope it doesn't keep Suns fans from a title.