Can the Pistons Contend? (out East) 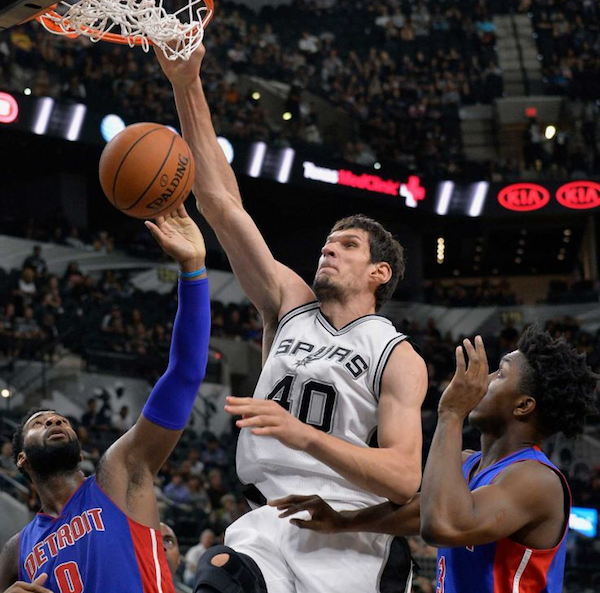 The Pistons took care of business and re-signed Andre Drummond. It was a decision on par with falling off a log. However, they've made a few other moves, that, combined with the age curve mean the Pistons are sitting pretty in the East.

Like my Knicks piece, here are how the Pistons current roster played in the 2015-2016 season.

Adding up wins in the most naive fashion we get 48.7 wins! But there are some caveats, and they should make Pistons fans happy:

Reasons the Pistons will be a top four seed

First off, the Pistons combined for 20,599 minutes last season, which is almost 800 minutes more than an average team put up last season. Now, you'd think that would be bad except ...

The Pistons were already strong on bigs with Andre Drummond and Aron Baynes. They've added Boban Marjanovic and Jon Leuer, both above average bigs. One of the Pistons biggest weaknesses last season was at power forward between Ersan Ilyasova (around 1400 minutes and -0.1 wins) and Marcus Morris (2900 minutes, and only 0.5 wins) With better bigs taking Ersan Ilyasova's minutes that's already and improvement. What's more, if Marcus Morris slides down to the small forward, which he's played in the past, the Pistons improve even more.

The Pistons won 44 Wins last season but they only got Tobias Harris for 27 games. He played great in that time. A full season alone of Tobias, particularly since those minutes basically replace Ilyasova's last season is reason enough to expect the Pistons to go up in wins.

The Pistons are are young! None of the players hit their 30s this season. Their best players in Andre Drummond and Tobias Harris are both under 25! That means we'd expect the best players on the Pistons to get better. What's more, the worst player in Stanley Johnson is only 20. I'm not expecting him to even be an average player, but we should expect him to improve.

The top of the East, so far, has gotten weaker. The Pacers lost George Hill, Ian Mahinmi, and Solomon Hill. The Raptors let Bismack Biyombo go. The Heat "lost" Wade, Deng, and Tyler Johnson (although a decent signing by Riley and their production is replaced) The Pistons were a 44 win team last season and to be a top three seed would have taken 48 wins. The Pistons easily have an extra four wins in them this season and a few of the top seeds have dropped off.

Ok, this isn't actually a positive. Ish Smith is nothing special. However, at six million a season he's not breaking the bank. Also, Steve Blake and Brandon Jennings were nothing special last season. If Ish Smith can play at the same level he did last year (below average) it's still enough of a stopgap behind Reggie Jackson.

The Pistons have managed to be one of the few teams I'm excited about this offseason. I wasn't thrilled when they signed Ish Smith, but Boban and Leuer have convinced me they're on the right track. Expect them to get out of the first round next season!