For once, we feel that the New York Knicks are going to be a tough nut to project. On paper it seems fairly straightforward. New York is a borderline 40-win team. They cannot defend a lick (a Calderon, JR, Melo, Stat and Bargs line is enough to make Tom Thibodeau grimace all the way from Chicago) , but they have some pretty efficient scorers. The real question, though, is whether Phil Jackson is done with this roster. Phil being Phil likely means he's not going to want to begin Melo's outrageous contract with a losing season. A move or moves using those expiring contracts on the roster seem not just likely but inevitable.

We were pretty clear about the Knicks last year. Jason Kidd was half-man/half-wizard in leading the Knicks to play beautiful basketball on route to a 52-win season in 2012-13. When Kidd retired from playing and was replaced by the comedic stylings of Raymond Felton, the Vegas over/under of 51.5 for 2013-14 not only felt but actually was ridiculously high. When the Knicks took Masai Ujiri's call and traded a capable reserve (Steve Novak) for the worst player in the NBA (Andrea Bargnani), it was all I could do to keep myself from putting the whole bankroll on the under (letting your whole bankroll ride on one bet, no matter how good that bet is, is a terrible idea).

Carmelo Anthony made things pretty interesting by having a career year. Bargnani got injured to keep the team's playoff hopes alive longer than they should have been, but, in the end, the 2013-14 season was exactly the trainwreck we thought it would be.

 Indicates that the player is no longer with the team.

J.R. Smith actually had a fairly decent second half; early on, it looked like he was going to challenge Rashad McCant's spot for the worst shooting guard season of all time. The sixth man of the year award is always a joke (the analysis voters do here begins and ends at "points per game"), but he was a particularly undeserving candidate in 2013, since he wasn't even the best reserve on the Knicks (those were Novak and Prigioni).

So replacing Kidd with Felton was also doomed to go badly. Adding Andrea Bargnani to the Knicks was even worse, but it did keep the internet basketball MEME machine afloat:

It's not just the eye test that makes Bargs look bad. It's actually pretty difficult to find any statistical category in which Bargs is not below average for a big man. One is blocks (he's about average), and the other is personal fouls (but a quick look at how he plays defense might lead you to question whether this is a good thing).

Let's put this in context. Bargs isn't just one of the worst players in the NBA; he is, by some measures, the worst of all time. Usually, terrible players don't get to compete for "worst of all time" honors because it is hard to pile up lots of minutes while playing horrific basketball. In fact, it's hard to keep a roster spot. Ask Adam Morrison, Rashad McCants, or Michael Beasley. Bargnani, though, has somehow managed the trick of playing over 14,000 NBA minutes while producing a spectacular negative 18.9 wins. The list of players with more than 14000 minutes and less than zero wins produced is only 11 players long. Everybody on it but Andrea Bargnani and Al Harrington stem from older eras, when "advanced" analysis meant maybe keeping track of blocks or turnovers. Bargs -18.9 is the lowest WP total on that list, and he is far and away the worst per-minute player (second place isn't even close). Bargs has somehow managed to "produce more losses" than James Edwards' -17.5, despite having played about 10,000 fewer minutes than Edwards. And he's still got at least one more year to go!

 Indicates that the player is new to the team.

This year looks like more of the same...on paper. What the team loses in defense and rebounding from Chandler, it gains in shooting efficiency, passing, and ball control from replacing Felton with Calderon. And although Dalembert is way past his prime, he's still a productive center, certainly a step up from Bargnani and Stoudemire.

But that's "on paper". Where things get interesting is if certain trade scenarios develop.

The scenarios get complicated but basically if anyone decides to blow things up and can take back Stoudemire's or Bargnani's contract (or, gasp, both), the Knicks could have a real opportunity to improve by 4-5 wins. This could mean a playoff seed.

Just like last year, the Knicks are going to have huge problems defending anybody. Carmelo Anthony will probably be their best defender, and that should scare the hell out of most Knicks fans. But it's really hard to bet against Phil Jackson, even when he's not on the sidelines. It wouldn't surprise me at all if New York is active in the trade market, trying to turn some of its huge expiring contracts into warm bodies that produce some wins.

There are, after all, more than a few reasons to think Phil knows what he's doing. 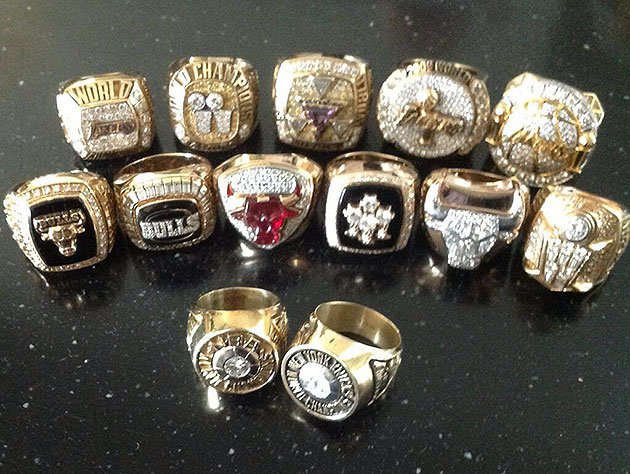