Barea and the Analytics Debate 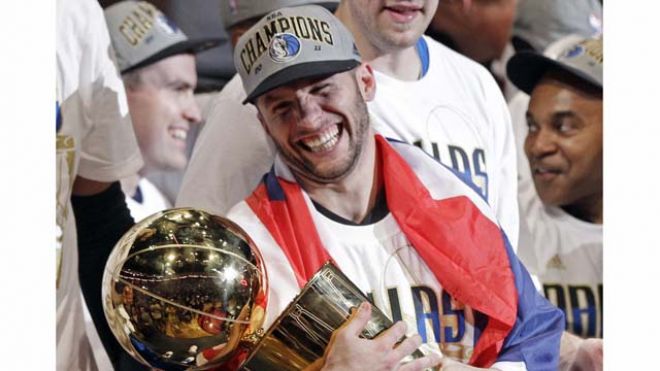 In the 2011 NBA Finals. The Mavericks were in a bad spot. They were down 2-1 to the Miami Heat. Rick Carlisle made a bold decision to change his rotation. He swapped DeShawn Stevenson out of the starting rotation and replaced him with J.J. Barea. The Mavericks went on to win three consecutive games and the NBA Finals. Roland Beech, who created the site 82games.com, was on the Mavericks bench and was, of course, an example of "modern analytics". He is credited with suggesting Rick Carlisle swap in Barea. At the 2012 MIT Sloan Convention, Rick Carlisle won an Alpha Award for analytics for that decision. In a recent Deadspin post arguing against a series of anti-analytics Tweets from Dwain Price, Kevin Draper uses this as a "pro-analytics" argument.

The Mavericks were the first team to put a “stats coach” on the bench, and that stats coach famously convinced Rick Carlisle to start JJ Barea in the NBA Finals, an adjustment that helped them win.

This is not the first time Draper has used that example either. Last year when Phil Jackson stuck his foot in his mouth in the playoffs by "proving" three-point shooting wasn't the end all be all, Draper used the Mavericks' Barea story again as proof of the strength of analytics.

Of course, the 2011 NBA champions were the Dallas Mavericks, which are owned by serial tinkerer Mark Cuban. The Mavericks were the first to put an egghead (Roland Beech) on the bench, and Beech is credited with convincing coach Rick Carlisle to start JJ Barea, an adjustment that won them the Finals. 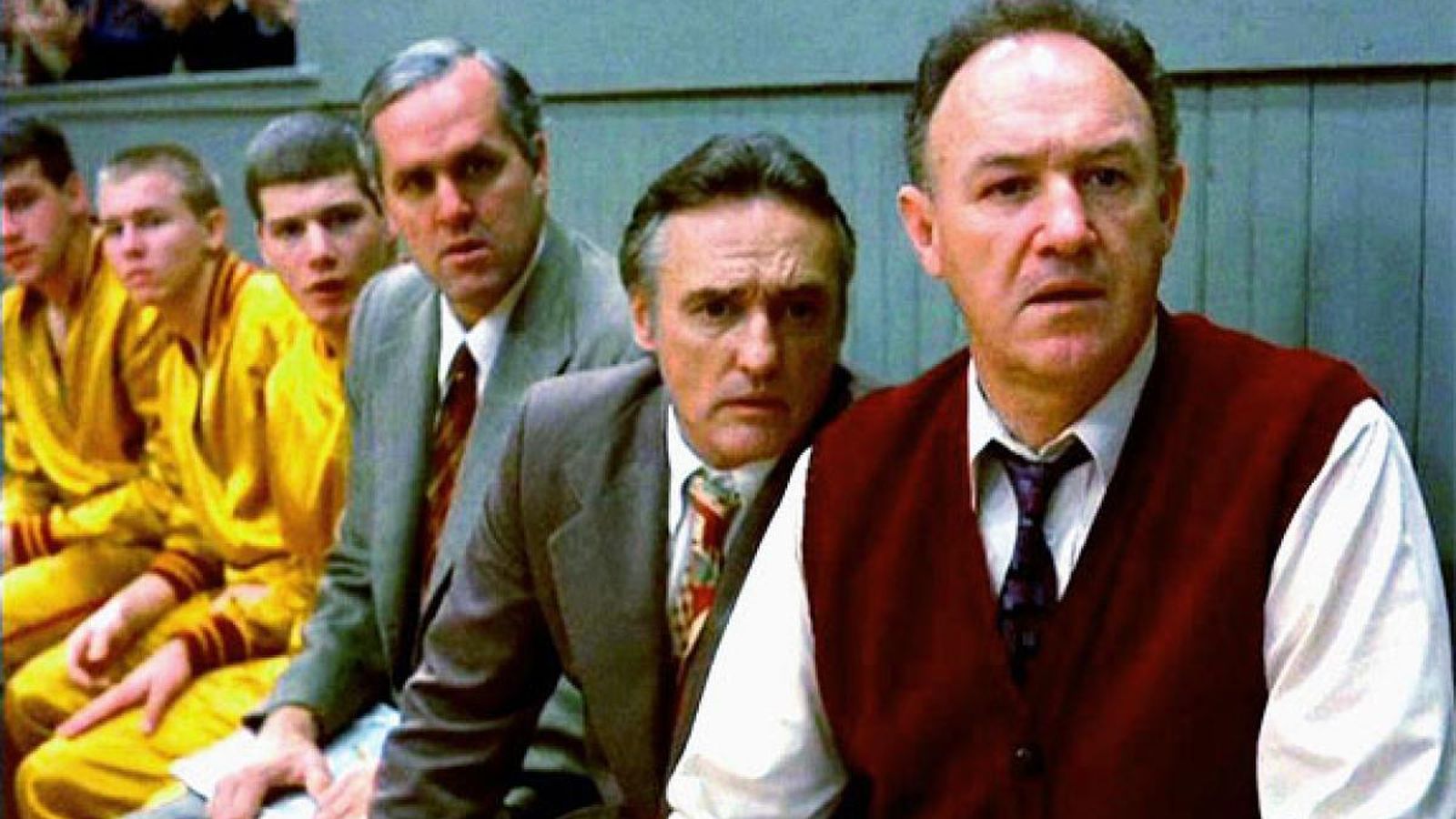 How does the story end?

The Barea story has all the narrative strong points those of us that are fans of sports movies love. A team is down. The coach draws them in, makes a smart play, they go on and beat the better team. It makes sense the analytics community would love to rally behind Roland Beech, the clutch play, and the analytics victory. Of course, another popular analytics story had a different end. The book Moneyball outlined how the Oakland As used analytics to put together winning squads. And then, in the playoffs, they couldn't win. And Billy Bean, one of the biggest figures of modern analytics, had the following take: "My shit don't work in the playoffs."

Here's something anyone that works with numbers knows: small sample sizes are dangerous. I can flip a coin 100 times and I should get around 50 heads and 50 tails. However, there's an almost guaranteed chance I eventually get a streak of four heads in that 100 flips. The point, I could easily flip a fair coin a dozen times, see four consecutive heads and feel something is up. But the math says, hey, that's not unexpected. And it's why I get to pull out my curmudgeon hat and be a bit skeptical about the Barea tale.

As mentioned, the Mavs entered game four down 2-1. But let's recall they had only lost game three by two points. It's worth noting that Barea had a horrible game. He shot two for eight and had four turnovers. In fact, right before his last stint in the game (9 minutes left in the 4th with the Mavs down 2), he turned the ball over, then missed a three, then turned the ball over again! So let's pretend the Mavs pull out a win somehow. If the Mavs on a two-game win streak were presented with the idea of putting Barea, who just had a stinker, especially in clutch time, in the starting rotation, would anyone credit it with future Mavs success? In fact, it's fair to say if the Mavs would likely not have even considered such an idea if they had won.

In a "must win" game four, the Mavs managed to pull out a close three-point win. Barea only played 22 minutes, and it wasn't that great. He did put up four assists and only one turnover. However, he went three for nine, earning the fun "more shots than points" honor. In fact, when Barea headed to the bench with 8:42 to play, they were down by seven. The Mavs ended up winning by three, with Barea watching from the bench most of the fourth. Now again, let's pretend the Mavs had lost a close game here. They'd be down 3-1 with Barea having played two back to back bad games. Would the Mavs really think putting Barea in for game five as a starter was a good idea?

Now, Barea clearly proved his worth here. He scored thirty-two points on 68.3% true shooting. He put up five assists a game, with a 2.5 to one assist to turnover ratio. And the Mavs won game five by 9 points and game six by 10 points. It's worth noting in a critical game five, Barea shot four for five from three. It's not like that even stuck around; he went back to one from three from beyond the line in game six. I'd also note that Jason Terry decided to go into beast mode, and might be who'd I credit more with winning. It's also worth noting that Dwyane Wade was injured early in game five, and played poorly in both game 5 and game 6. The reason for those last two points is that while playing Barea may have been the correct call; there were other important things that contributed to the outcome. 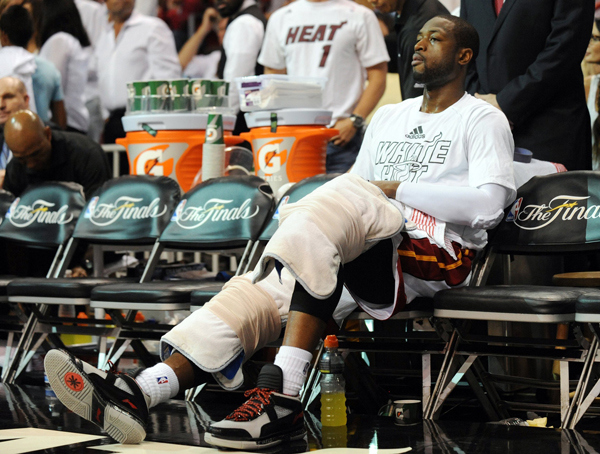 Runner-up for the Alpha Award was Wade's injury

In 2011, the Mavericks and Heat, two very good teams, had a set of three very close games. During this time, the Mavs chose to make a lineup change. And it's possible they used analytics to make that decision. But all analytics means is using numbers to make a decision. And shockingly, it's possible to use numbers for good decisions and bad decisions. In the end, the decision seemed to pan out and after the fact many have championed it as a "triumph of analytics!" But in this example smacks more as an example of small sample size theater.

In fact, back to Dwain Price's original tweets, the bigger issue he had was a shocking naivete about what analytics mean. Price argued that the key to winning in the NBA is getting good players. The Heat had collected LeBron James, Dwyane Wade, and Chris Bosh. The Mavs had collected Dirk Nowitzki, Jason Kidd, and Tyson Chandler. And when a collection of two great teams with great players come together, the right "bench" player going off can decide the outcome of a single game. And good analytics may not be able to conclusively tell us if lineup rotation, or even a single play, was the right decision. And that's not a problem. The reality is mainstream media can't escape the prevalence and importance of analytics (see the Warriors and the Spurs.) And while I respect trying to "prove" naive takes like Price's wrong, I don't see the need to go with the same anecdotal proof that pretty much flies in the face of what I consider the right way to do analytics.