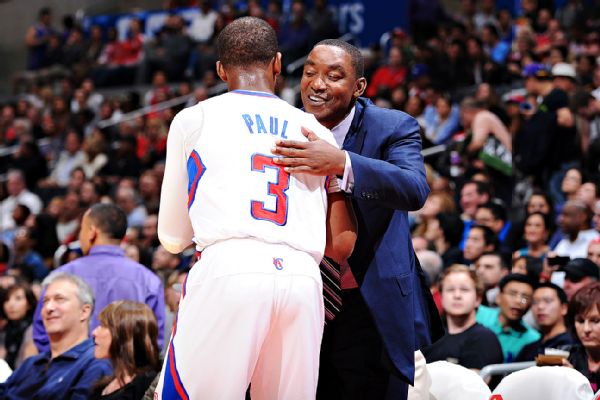 He passes Isiah Thomas. Get it?

Chris Paul had another stellar All-Star game last night. Of course, the focus was on Kobe Byrant, who is retiring. LeBron James also took the spotlight given that he now has the records for career points in the All-Star game (in front of Kobe!) Finally, Westbrook earned the All-Star MVP, rightfully I'll add. The player that impressed me though was Chris Paul.

Chris Paul put up a sixteen assist game, which was impressive for many many reasons

Now, even if Chris Paul passes Magic Johnson's career All-Star assists, I'd still have to consider Magic Johnson the most prolific All-Star passer. However, the fact that Chris Paul is even in the conversation is kind of absurd. Lots of attention is paid to the scorers. What else is new? That said, we think lots of things make players stars around here, and Chris Paul's passing certainly gets our vote. Here's hoping for two more years!